So many stories….so much opportunity to share with you what’s going on with the rebirth, resurgence and restorations of American Specials across the land.  I’ve been tracking this particular Byers for years and the story originally started with our friend Barry Hall.  Barry had found a Byers SR-100 and acquired it and was tracking down its history.  This was around 2008.  Around that same time he decided to pass it on to someone else and I was that lucky person.  That usually comes with a whole lot of work and it was the case with this car too.

The car turned out to have been originally built as a drag race car by Cal Johnson.  Call raced the car for several years in the mid 1960s and then sold the body in the early 1970s.  The history of the build and race career of Cal and his Byers was covered by us back in 2011 here at Undiscovered Classics.

Click Here To Read About the Cal Johnson Byers Special

We kept the car for a few years but our pace of restorations didn’t keep up with the acquisitions.  That is, we are fast – just not fast enough.  We were restoring the Shark, Leo Lyons, Californian, Belly Tank and other cars.  We’ve been busy over the years – just can’t take on all the projects.  So our good friend Charles Le Menestrel became the new owner and recently put it into restoration. 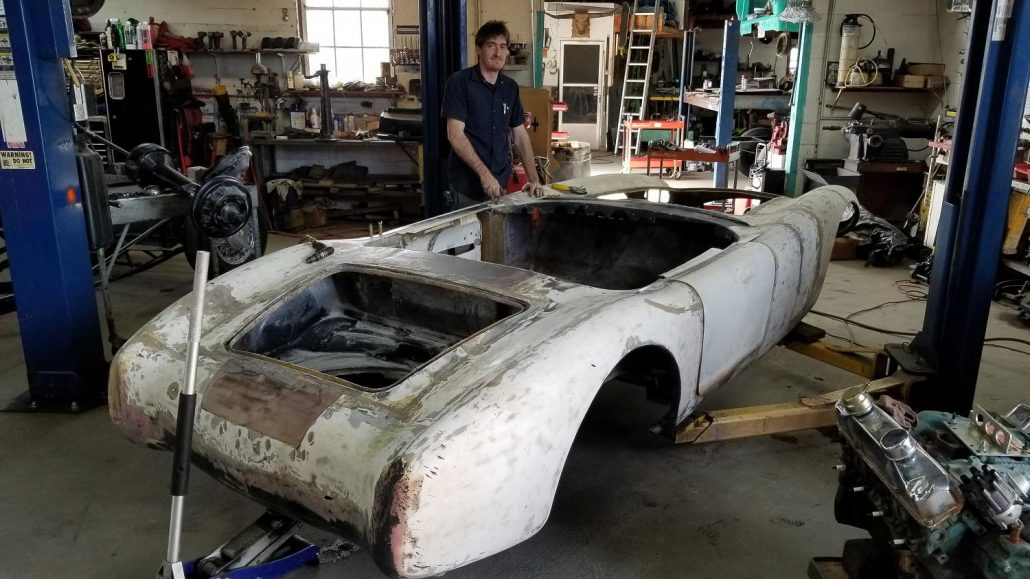 Restoration Begins – In Search of a Chassis

Charles wanted a vintage Kurtis KK-500 chassis for his Byers SR-100.  But these are few and far between and can get pricey too – sometimes too pricey.  So our team started restoring his Byers on a vintage Corvette chassis – a C1 as intended by Jim Byers for his original Byers sports cars.  And things were going fine until…..in 2018 I found just the right Kurtis chassis available in California.

One of our Undiscovered Classics friends, Bill Preston, had a Wildfire built on a Kurtis chassis.  The history of the Wildfire dated back to the 50s and it even had been authenticated by Frank Kurtis back in the day.  Not a bad provenance gang 🙂  Charles and Bill put their negotiating skills to work and a fair price for the Kurtis-Wildfire was found.  Bill and I worked together to ship the car to Florida and all was well with the world.  Let’s take a look at the Kurtis KK-500 chassis that Charles acquired: 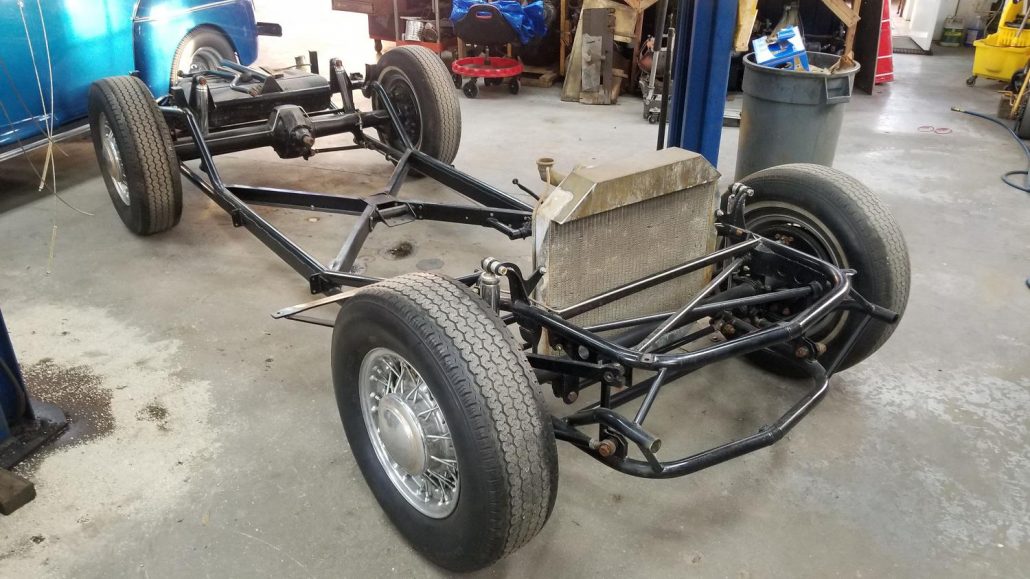 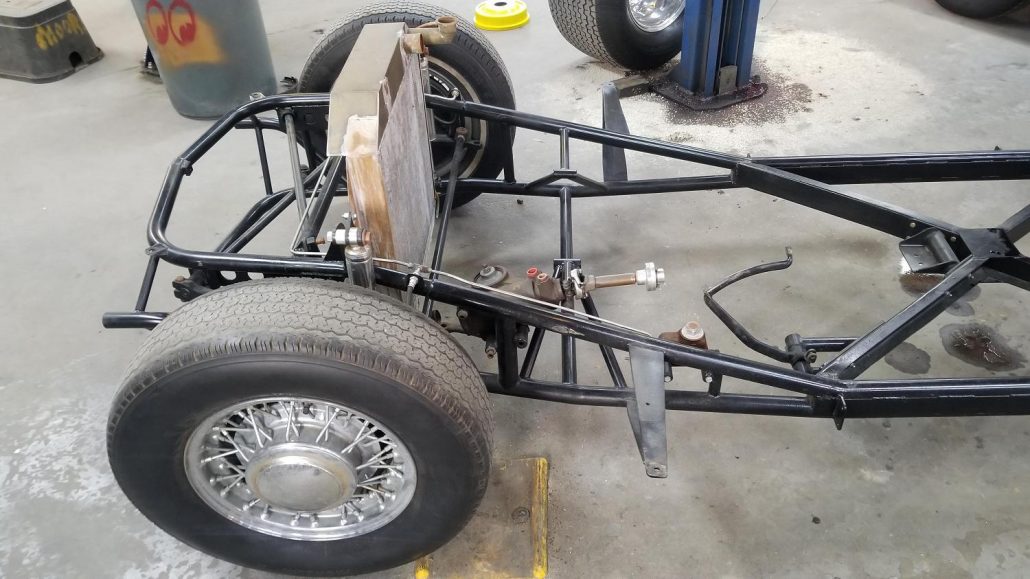 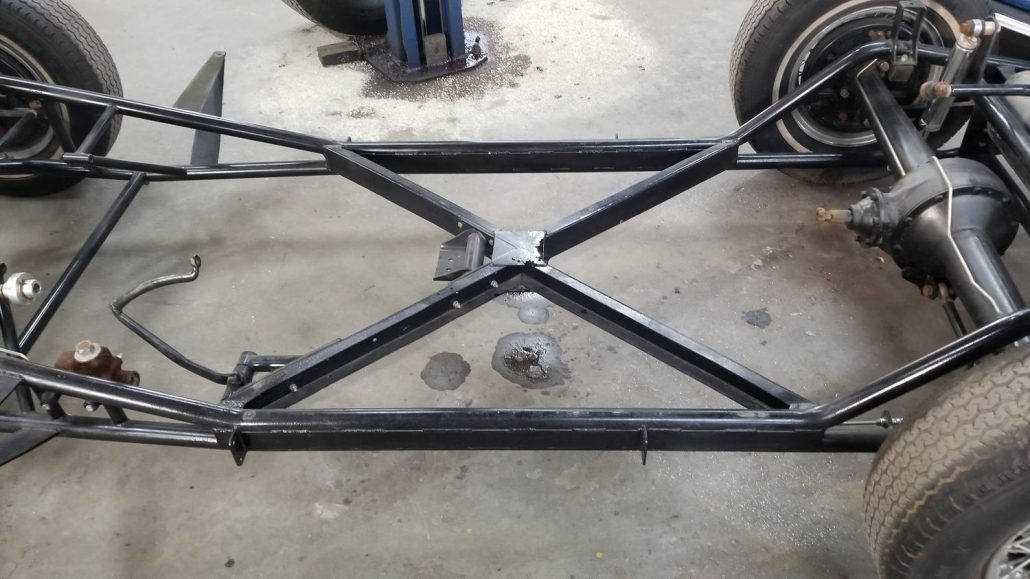 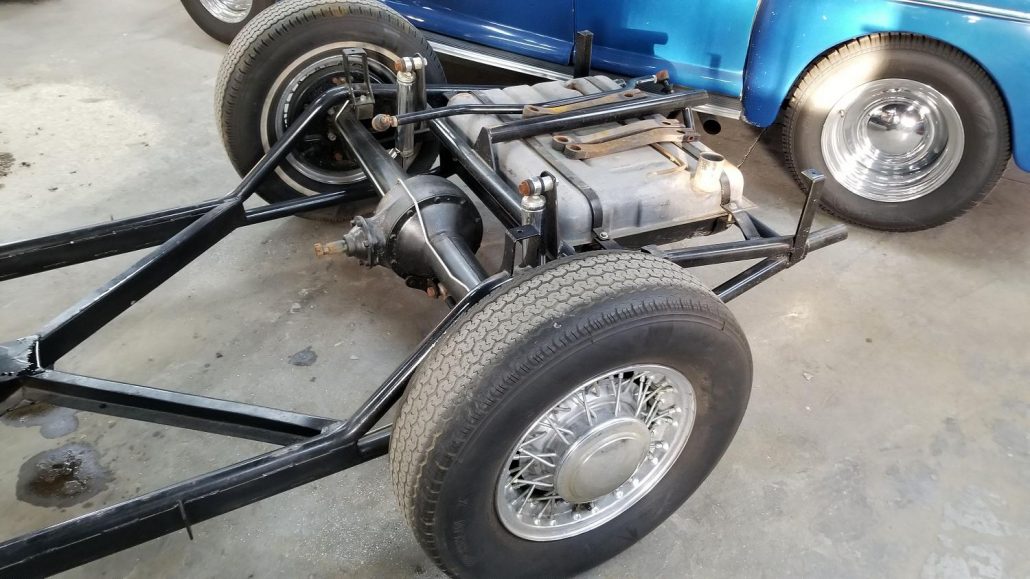 The Wildfire arrived safe and sound and the folks at JR’s Speed Shop immediately started work on fitting the Byers body to the newly acquired Kurtis KK-500 chassis.  The fiberglass work on the body has been a substantial work in progress.  Over the years, much change happened to the car, but Charles tasked JR’s team in bringing the body back to its original condition – or even better.  Much of the work was done by Dean Meglio who started with JR’s about a year ago – and his level of skill is impressive.  You can check out some of the recent photos on the progress on the body and the car below. 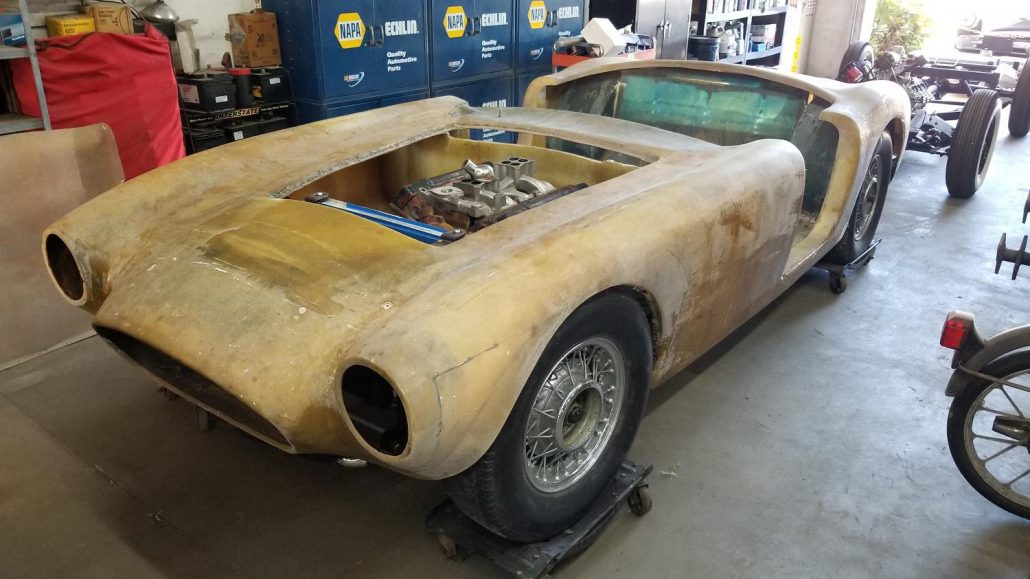 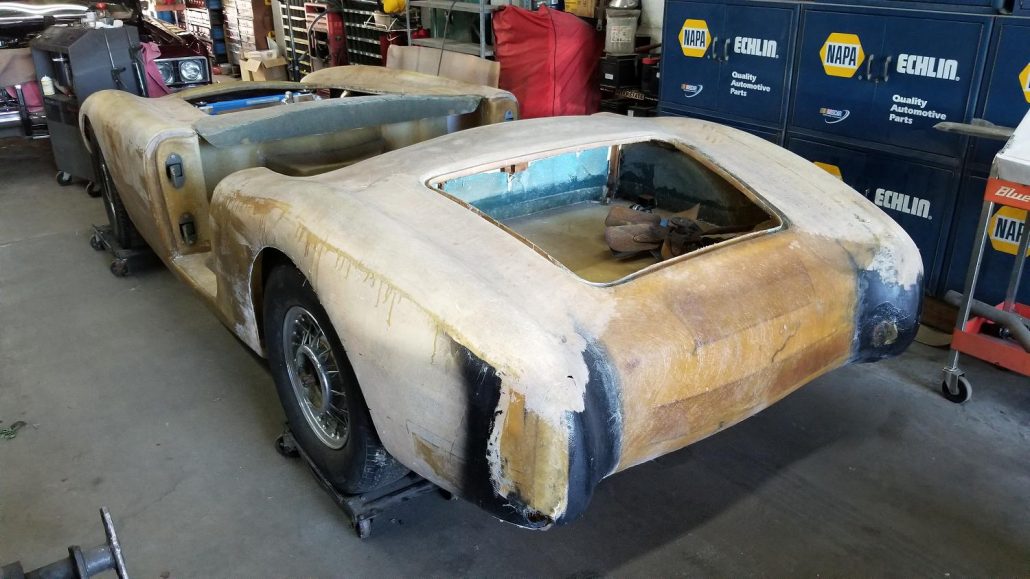 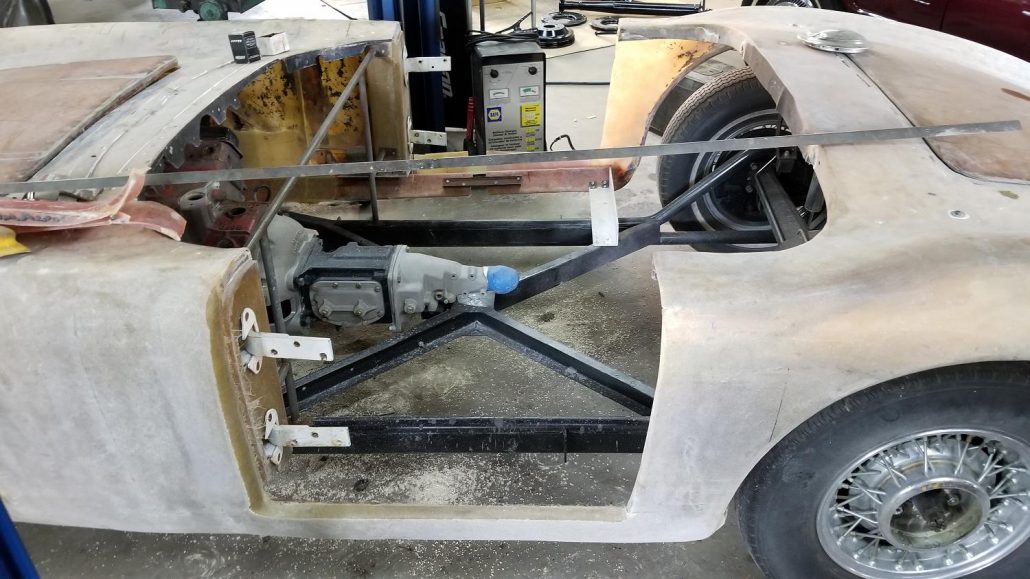 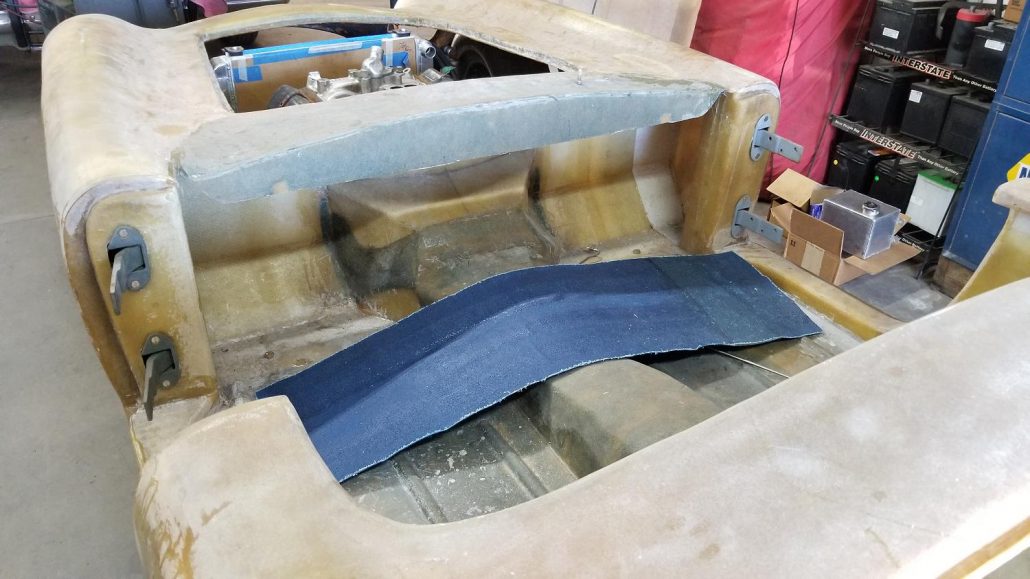 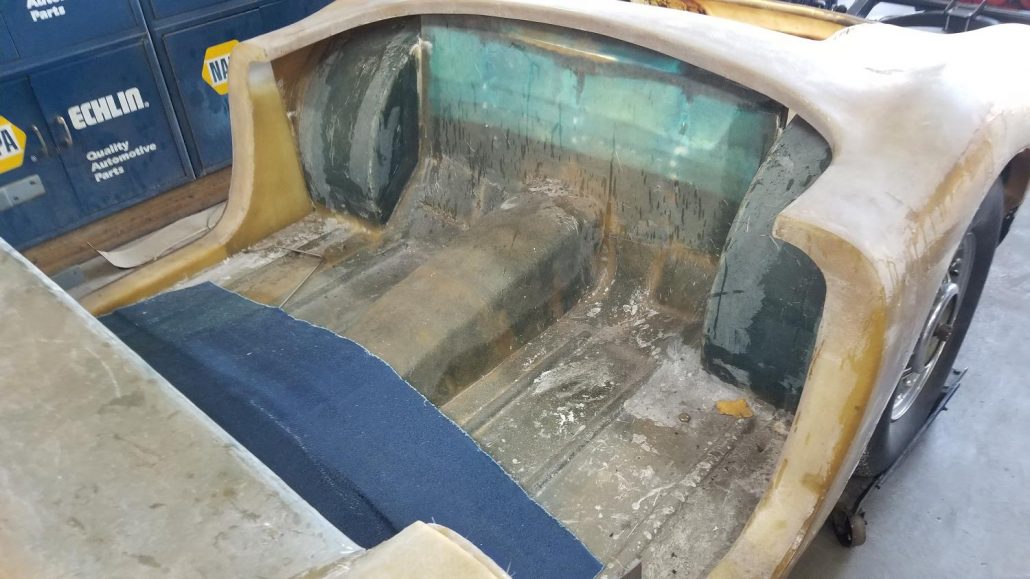 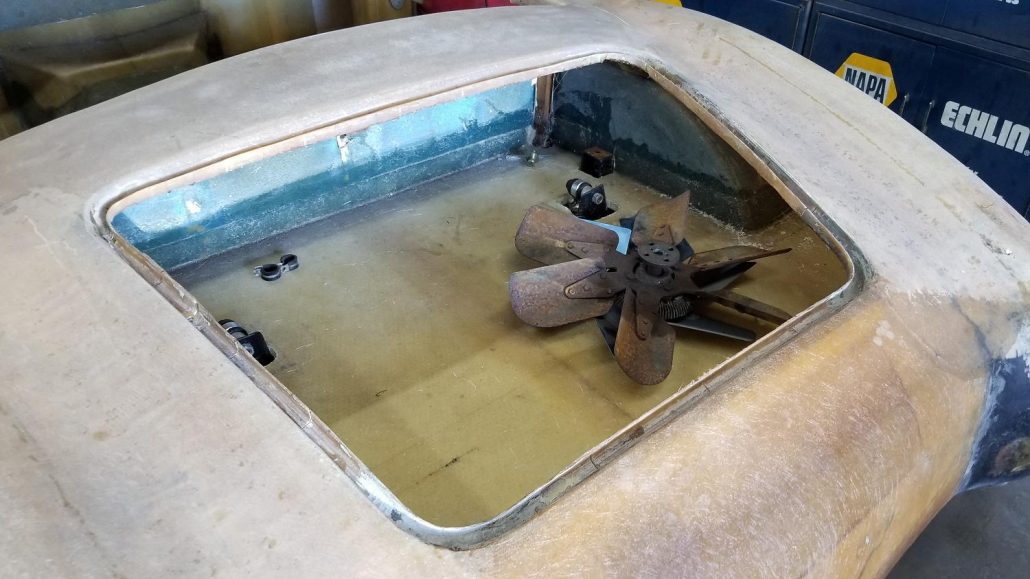 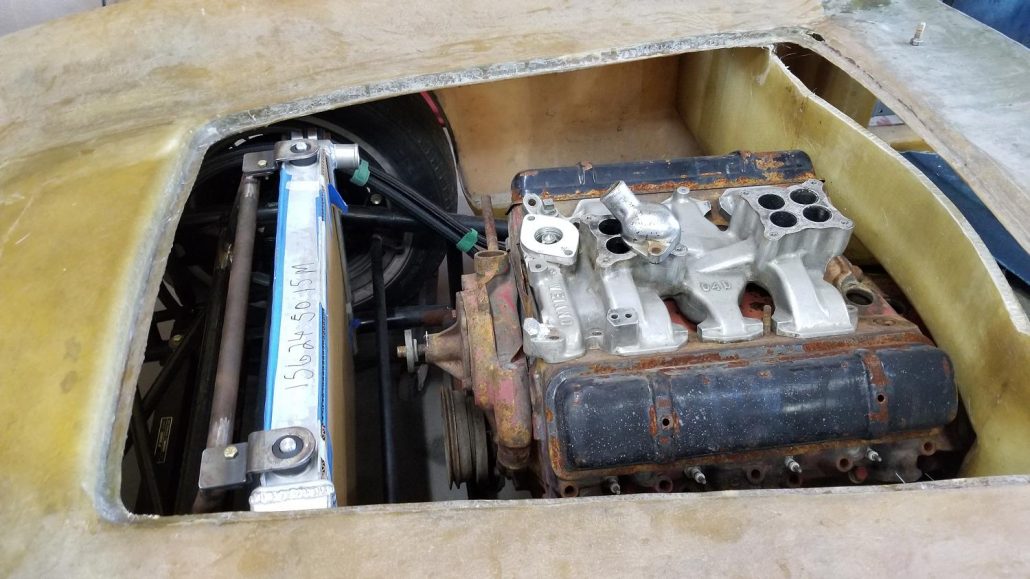 Charle’s Kurtis-Byers SR-100 is on schedule to be completed later this year.  Once finished, we hope that he will show his car at least once stateside before it’s shipped to his home in Belgium.  One other Byers SR-100 is in Europe so perhaps we’ll see a small gathering of these two cars at a show in the not too distant future.  Here’s to wishing Charles and the team at JR’s Speed Shop great success in bringing home this sports car’s restoration so that all can enjoy.