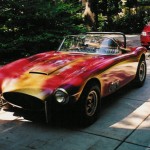 Byers as Found – It Needed More Work Than First Appeared

I’m honored to present another car that participated at Amelia Island Concours d’Elegance in March 2010 – Guy Dirkin’s Byers SR-100.  Guy was kind enough to summarize his work and experience with the car.  Let’s tell the story in his own words:

From the Desk of Guy Dirkin:

I acquired my Byers in August 2001.  The car was built by two enthusiasts in the Madison ,Wisconsin area circa 1957-1958.  The builders of the car followed the brief instructions provided by Jim Byers in his literature very closely as evidenced by the parts used.  In 1959 the Byers was acquired by a gentleman in Kenosha, Wisconsin.  He finished the car, painting it metallic maroon with gold fogging. He owned the car for over forty years, but during those four decades referred to the car as a Devin-Cobra special. He never knew it was a Byers. 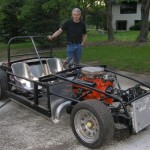 Guy and His Chassis – Restored and Ready for Newly Painted Body

The engine in the Byers is a 1956 small block Chevrolet, located in a front mid engine position:  You can stand between the front suspension cross member and the front of the engine in the engine bay!  The 1956 Chevrolet V8 was the second production year of the small block Chevrolet engine and the first year the small block had an oil filter boss on the block.  The displacement is 265 cu. in.  The 1956 SBC has no castings for engine mounts on the side of the block, consequently the engine is mounted from the front of the block. For Chevy trivia buffs, 1956 engines were painted red, not orange.

When I purchased the car, the body and paint were in excellent condition, considering it had been on the car for over 40 years.  I rebuilt the front suspension and improved the rear springs.  I intended to use the car as a fun summer car.  The car handled quite well, except that the rear leaf springs would move sideways causing rear steering.

Around 2004 the car was scratched by a vandal who maliciously keyed several major areas of the car.  I was unable to repair the paint in a way that would leave an acceptable finish. 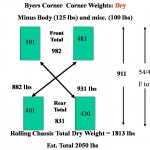 In retrospect, the vandal opened up options that would ultimately lead to the rebuilding of the car, meeting great people and ultimately an award at the Amelia Island Concour.  So I suppose I should raise my glass to the vandal and wish him well.  (PS I hope the vandal finds more productive outlets for his frustration following years of living without any balls!)

The original plan was  to both restore the car and ready the car for vintage racing and track days.  Below is a summary of the project. 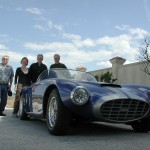 Ironically, once the car was finished, the vintage race plans were tabled. The car is beautiful and I am reluctant to drop a race motor in the car and have it on the track.  (My decision was helped by the recent purchase of an IMSA GT1 car).  However, it would take minimal work to set the car up for vintage racing.

Guy finished his Byers in the summer of 2008, and debuted his car at the Barrington Concours d’Elegance held at the Arlington Heights Race Track in the north Chicago suburbs.   With a bit of arm twisting, Guy and his friend Steve Steers (and Mike and Dawn Fisher too – Dawn owns the Glasspar G2 that was there), all came down from up north to join us with their cars at Amelia this past year.

We appreciate each of the folks who participated at Amelia and salute Guy for a beautiful restoration of his Byers SR-100 sports car.

Great story Guy, and thanks for sharing! 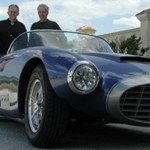 Byers as Found – It Needed More Work Than First Appeared 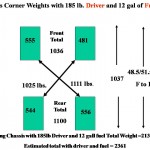 Guy and His Chassis – Restored and Ready for Newly Painted Body 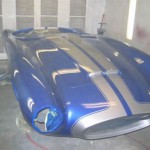 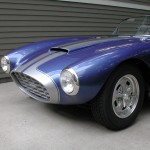 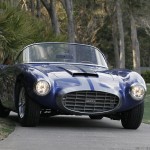 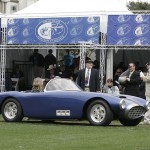 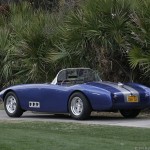 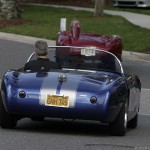 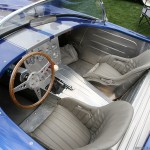 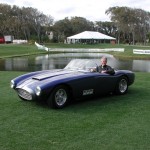 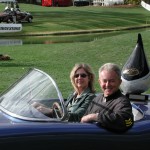