Many of you know that I own the 1959 Moon Transporter.  Actually, it goes by many names:

I bought it in December, 2006 because it looked cool and I thought it would look great carrying my newly acquired 1961 Porsche Tiburon Coupe.  Rick D’Louhy and I had just reconnected that year and by December, 2006 on Christmas day – the transporter arrived at my house in Tampa, Florida.  But it wasn’t as simple as that to get it, and that’s the fun part of sharing today’s story.

After searching for nearly 25 years, I acquired our first Tiburon coupe shown below.  Click here to learn more about the Tiburon Coupe and its sister car the Shark Roadster. 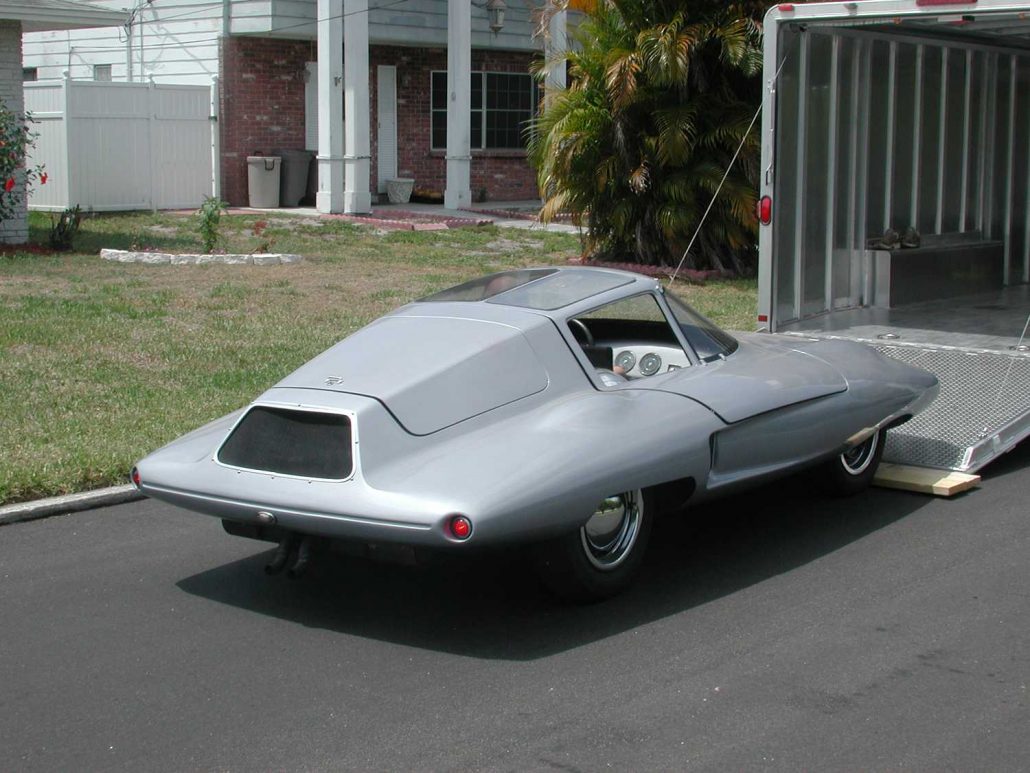 And that single event changed my life from that point forward in terms of research and cars.  Click here to learn more of how Undiscovered Classics and Forgotten Fiberglass were founded.

I was a voracious reader and researcher and focused on learning more about lost cars of the 40s and 50s.  During this time I came across and bought Tom Cotter’s first book on “Barn Finds.”  In that book was a story the Moon Transporter.  Click here to read the story in the 2005 Tom Cotter book “Cobra in the Barn.”  What a cool transporter this was.  I had to learn more. 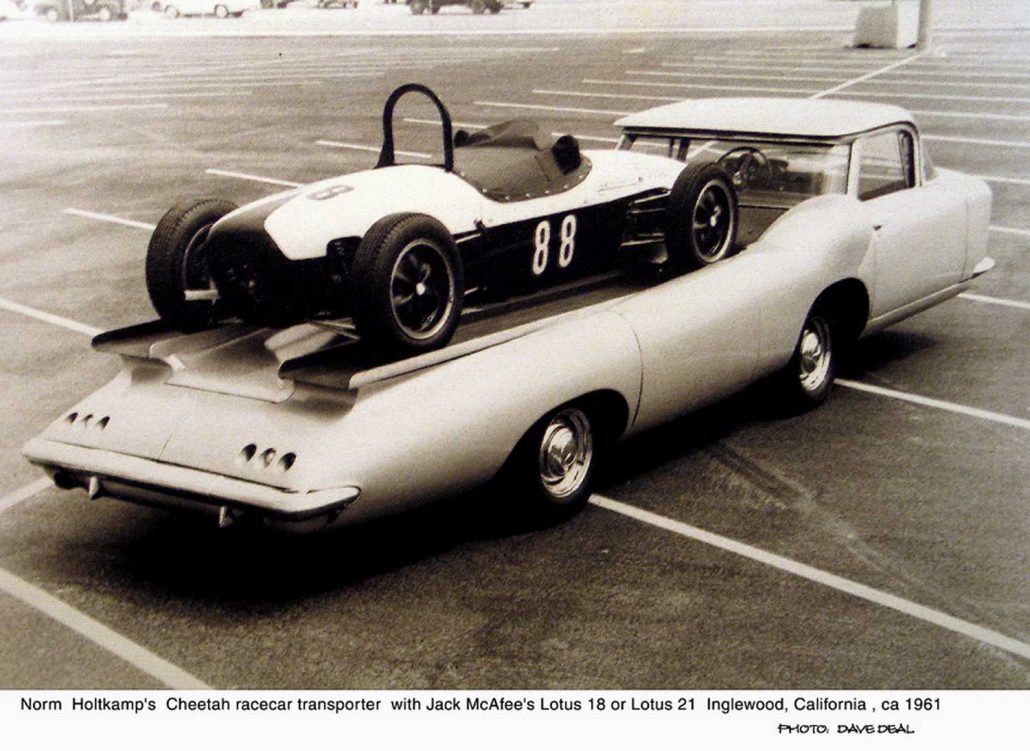 I contacted Tom Cotter and he was kind enough to help me learn more about the transporter and who owned it.  Then, he put me in contact with the owner – Jim Degnan.  Jim raced vintage racecars and had acquired the transporter years before and had started its restoration, and he shared with me he was working with someone who might buy it.  I let Jim know that I would be interested in it if the deal didn’t go through.  As I always warn all my friends… be careful what you wish for 🙂

Meanwhile we were learning more about cars of that era and we didn’t know it then but were laying down the groundwork for what would become Undiscovered Classics.  And during the months after I had talked to Jim, one of my friends, Marshall Foxworthy, used photoshop to show what my Tiburon Coupe might look like on the back of the Moon Transporter.  After I saw the image below, I was hooked and knew what I had to do. 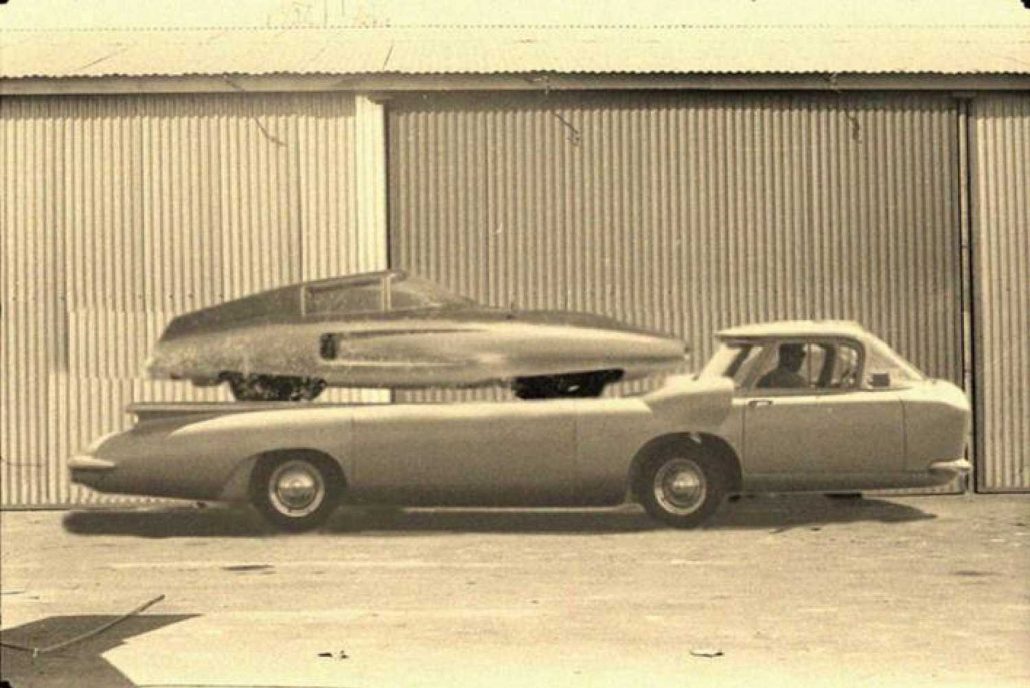 It’s best I let Jim Degnan tell the story in his own words.  He posted this back on our website in 2014:

“I remember Tom Cotter doing the article and soon after it was published, I was hounded by this dude from Florida pestering me to buy the “Moon.”  Six months later, after many late night phone calls, etc., we struck a deal.  He would trade me one of the Renault Gordinis (I owned two Gordini sports cars at the time) and some cash to “boot”.  He would pay transportation costs both ways.  Karen, my wife, exasperated by many phone calls and discussions about the transporter said “just take the cash and let him keep the damn Renault.”  Needless to say, I now have the Renault, spent the cash and we are both happy.  (My wife…not so much).

The Moon Transporter ran, drove and steered so transport of it would be possible.  The transport company charged me to ship 1.5 cars – maybe two cars – since it was so long.  Good friend Richard Russell was on hand with Jim Degnan when they loaded the Cheetah Transporter for Tampa, Florida. 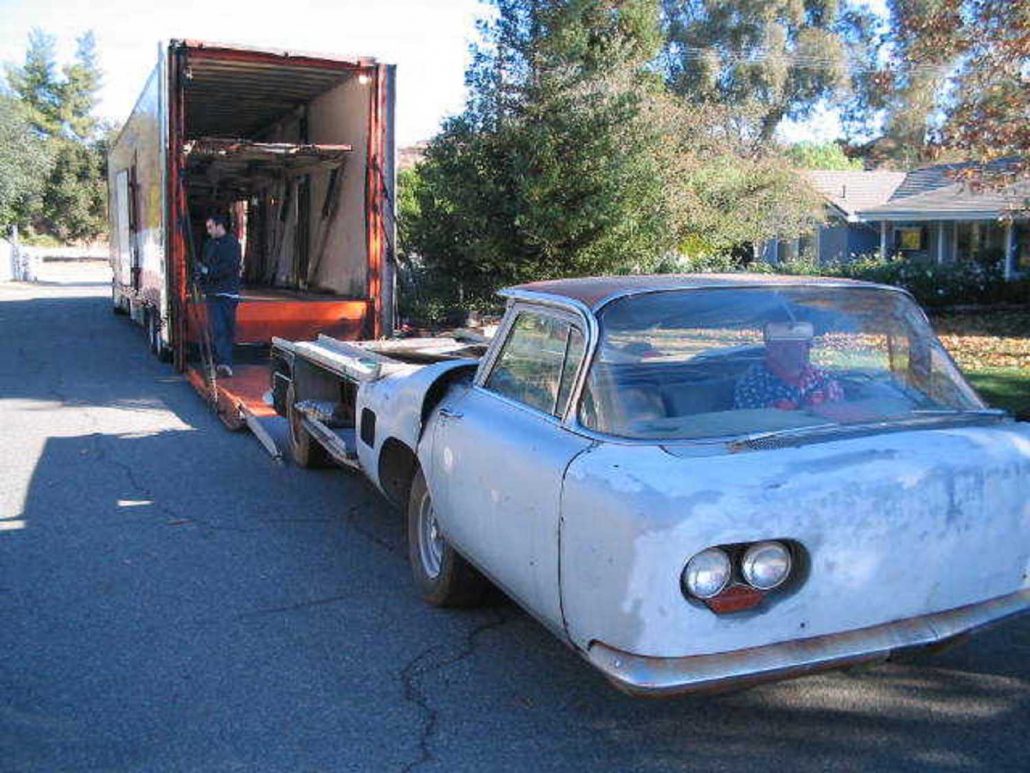 The Moon Transporter is being loaded at Jim Degnan’s house in Castaic, California.

The shipment arrived on Christmas Day, 2006 and Rick and I had fun unloading it and driving it around the block.  Being in a vehicle which is cantilevered over the front axle feels very different driving – especially going over speed bumps.  You get the visual sensation of being ready for the car to lurch upward – and it doesn’t until moments later.  Very disorienting. 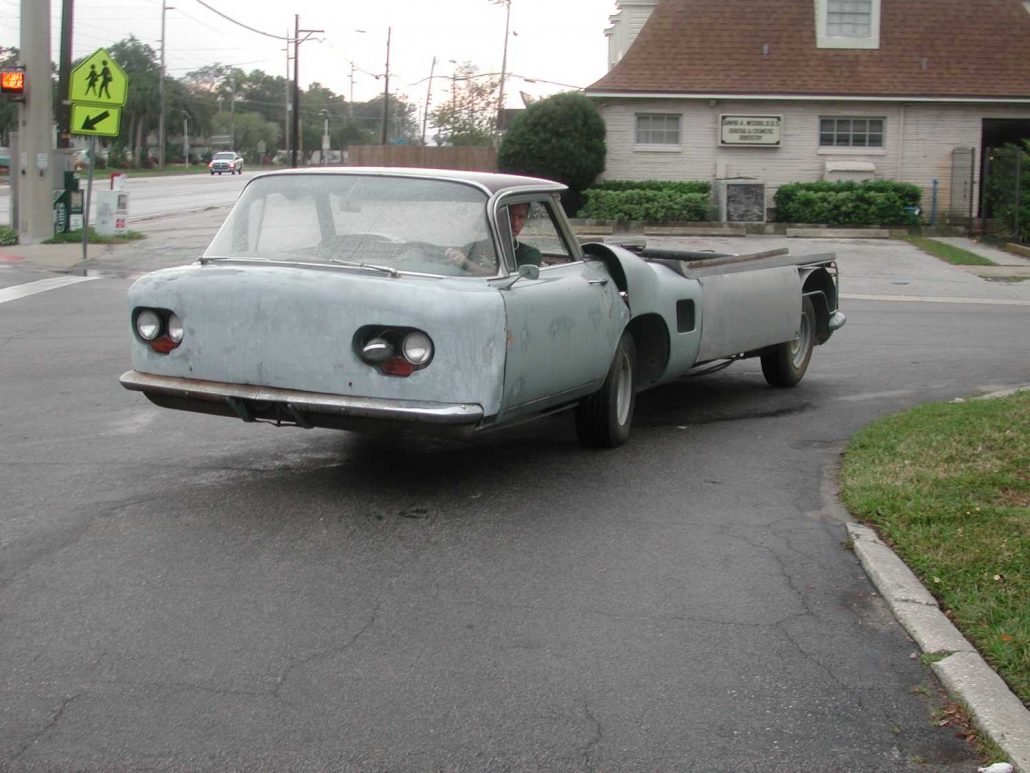 So this article here today in Undiscovered Classics launches a series of articles I’ll do on the Moon Transporter.  There’s history and more to share – lots more.  How much history you ask???  Check out a tiny amount of the historic photos of the Cheetah Transporter below.   Believe me….there’s a lot of information to share and I hope you’ll find it interesting. 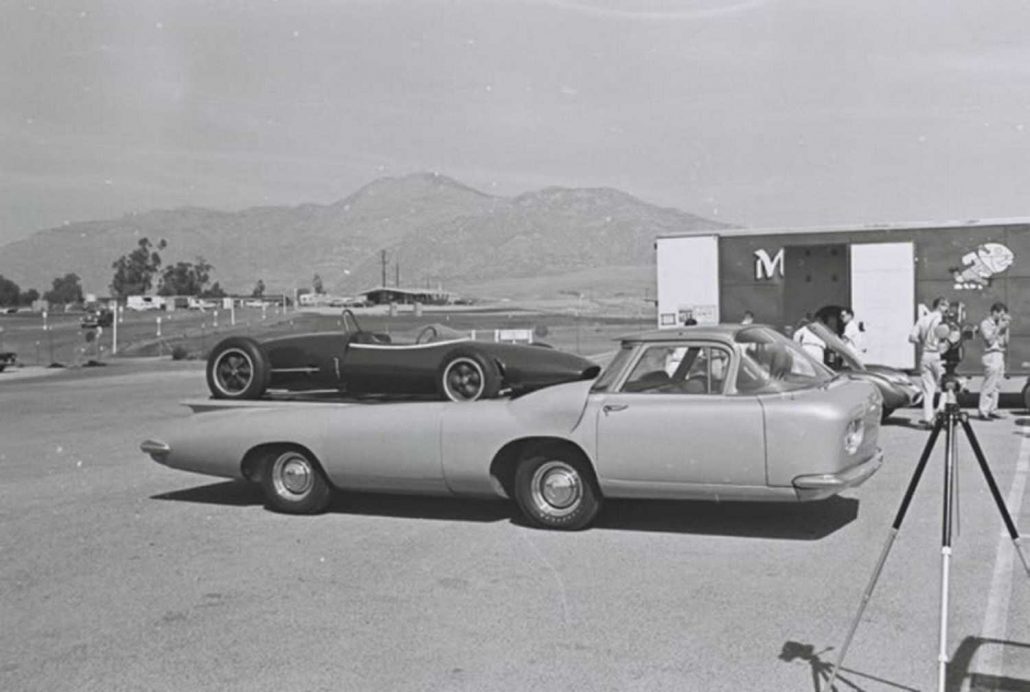 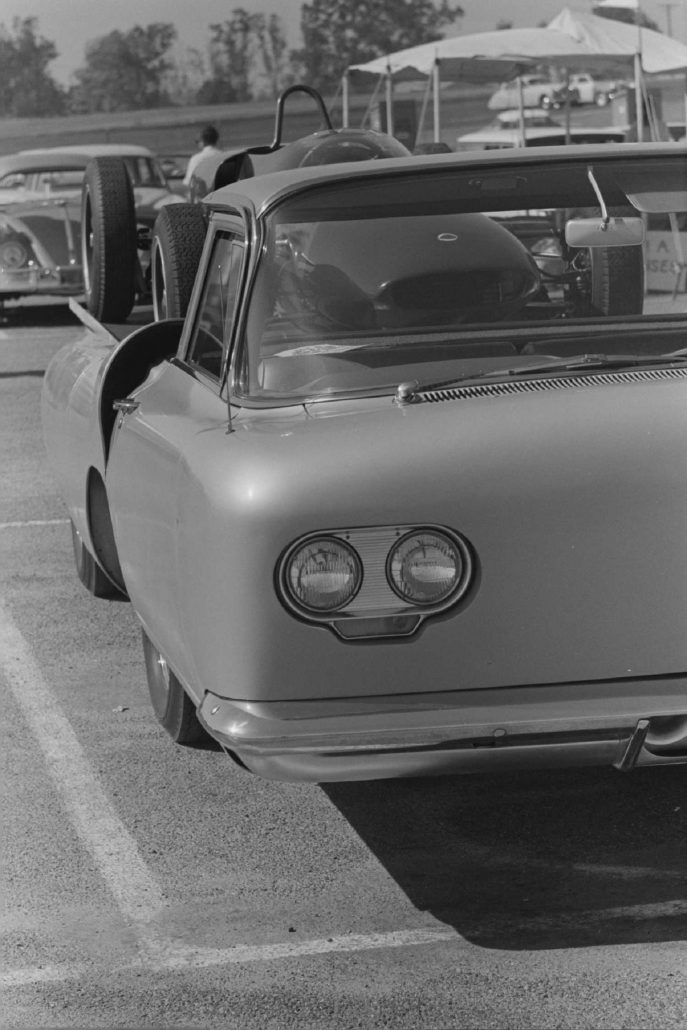