There’s so much information about vintage fiberglass cars – if you know where to look.  One of my favorite pieces of information comes from the 1954 Trend Book Titled “Manual of Building Plastic Cars”.  What a gem of history this is! 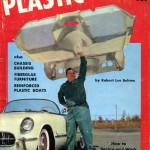 Playful Cover of the Manual of Building Plastic Cars

Written in 1953/1954, it shows pictures of so many of the luminaries and cars of this era – with detail found no where else- that it’s a must for anyone collecting any of these cars from the 1950’s.  And the good news is that original copies can easily be had on ebay several times per year for quite a reasonable price.

In the meantime, I thought I would scan several sections of this manual for our group and post these relevant pages over a period of stories – say 3-4 stories – over the next few months.  This first story covers the beginning pages of the manual and Chapter 1 – “Cars of Today”.  It features Glasspar, Woodill Wildfire (Series 1 and 2), Vale, Skorpion, La Saetta (which means “Lightning” in Italian), Maverick Sportster, Rockefeller Yankee, Victress, and even the Kaiser Darrin and Corvette.   Chapter 1 concludes with a short discussion of a French car to be sold in the USA – the “Marathon”.   I don’t think I’ve seen one of those yet – but I do have a brochure to share with you later in the year.

There are several other sections of the book, and I look forward to posting these for your review as well.  I’ll make researchers out of each of you yet!!!

As a special treat, Merrill Powell, co-owner of Victress Sports Cars from 1954-1961, went thru this book for me back in March 2007 – the first Amelia Island Concours d’Elegance he attended.  He reviewed each page and offered his comments and memories.  He has 3 comments on the first section of pages below.  Here they are: 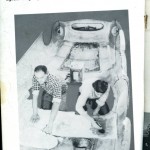 Inside Cover: “Doc Boyce Smith (left) and Bill Quirk (right) laminating an S1 car body at the Petersen Motorama in 1953.  Hugh Jorgensen took me there that year to see this, but Doc was too busy for an introduction so we didn’t meet until later.  According to Quirk, the car had to be laminated (during the show) in small pieces of cloth and matte because the fire marshal would allow only small quantities of resin and MEK in the Pan Pacific Auditorium.” (Merrill Powell, 3-3-2007)

Inside Cover, First Page: The top of the page shows the words “Building Plastic Cars”.  In the upper half of the page, 3 men are shown working on a scale model of the car.  Merrill had these comments to share: “I believe this is Joe Thompson (center), the modeling instructor of Art Center School – now Art Center College of Design – with two of his students.” (Merrill Powell, 3-3-2007).

Thanks to Merrill Powell for taking his time to help us understand some of these pictures from his memories and thoughts.  Some of the other things you’ll see is a great picture of the outside of the Woodill Wildfire factory in Downey California, a neat picture of the strength of fiberglass being tested in Paris using the Woodill Wildfire as a platform, two of the three Series 1 Wildfires – being prepped in the factory at Downey, and more more more…

Hope you enjoy the article and pictures gang…

Playful Cover of the Manual of Building Plastic Cars 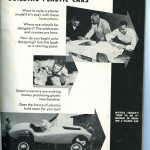 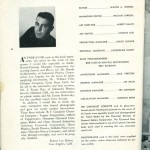 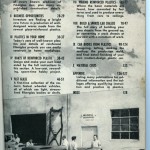 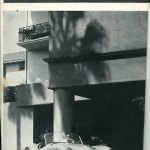 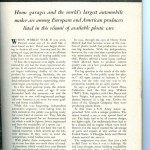 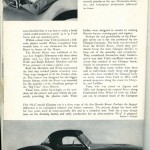 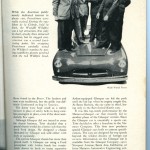 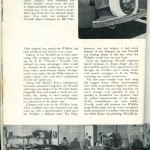 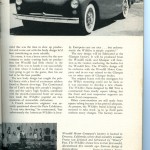 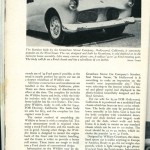 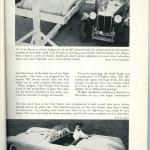 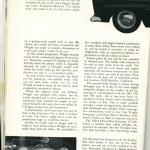 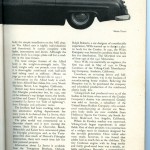 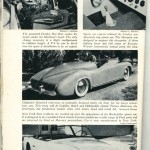 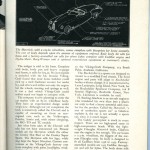 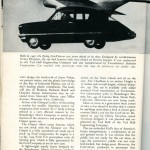 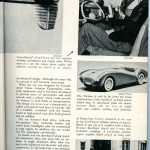 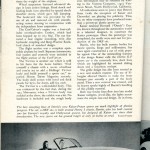 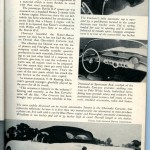 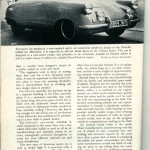 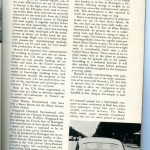 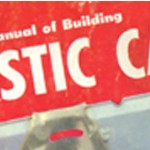