Not many people know that several of the fiberglass sports car companies of the 1950s sold smaller versions of their cars – typically for the younger set of the owners of these same cars.  Smaller versions of the Kaiser Darrin, Almquist, and even the Meteor (this version was called the Meteorite) were promoted, and in some cases true working models were seen.  But no one did this better than Woody Woodill when he created a mini Woodill Wildfire called the Brushfire.

And…while you Woodill Wildfire aficionados out there may have heard or seen photos of Woodill’s Brushfire, I bet you didn’t know there was an article about it!  Indeed, it was written by Jim Potter and published in the Trend Book of the same year.  Let’s have a look at what Trend had to say about his mini Woodill Wildfire – the Brushfire.

The Woodill Brushfire is a minicar that is patterned along the identical lines of the Woodill Wildfire full-sized sports car, built by the Woodill Fiber Glass Body Corporation of Tustin, California.  This trim little two-eseater is large enough, however, for a full-sized grownup to drive the car in comparative comfort, though the intention, of course, is an automobile for the youngsters in the six to 12 year old bracket.

The Brushfire is equipped with a clutch and one forward gear.  Top speed of this minicar is about 35 miles per hour, while the fuel consumption is expected to be about 85 miles per gallon of gas.  Built on a 63 inch wheelbase, the tiny vehicle has a tubular frame and a reinforced fiberglass body.

Total weight of the Brushfire is only 215 pounds.  According to the designers and builders of the Woodill Brushfire, the small car is suitable for popular small-fry sport of quarter-midget racing which has gained many enthusiasts in the past couple of years.

At least, Junior can now own a car that looks just like dads. 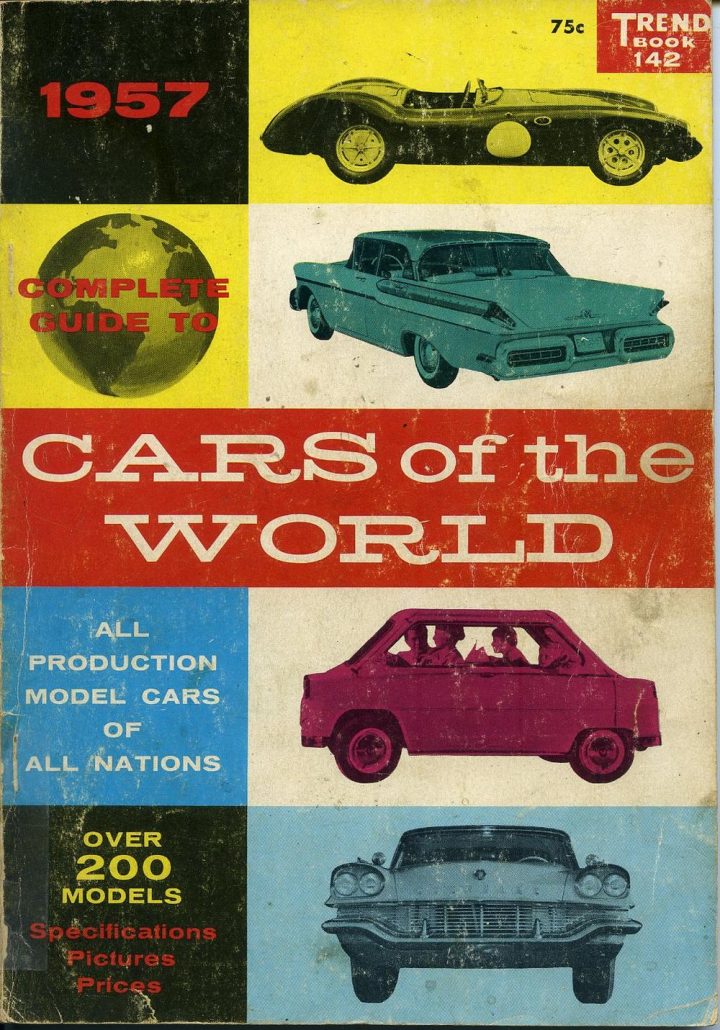 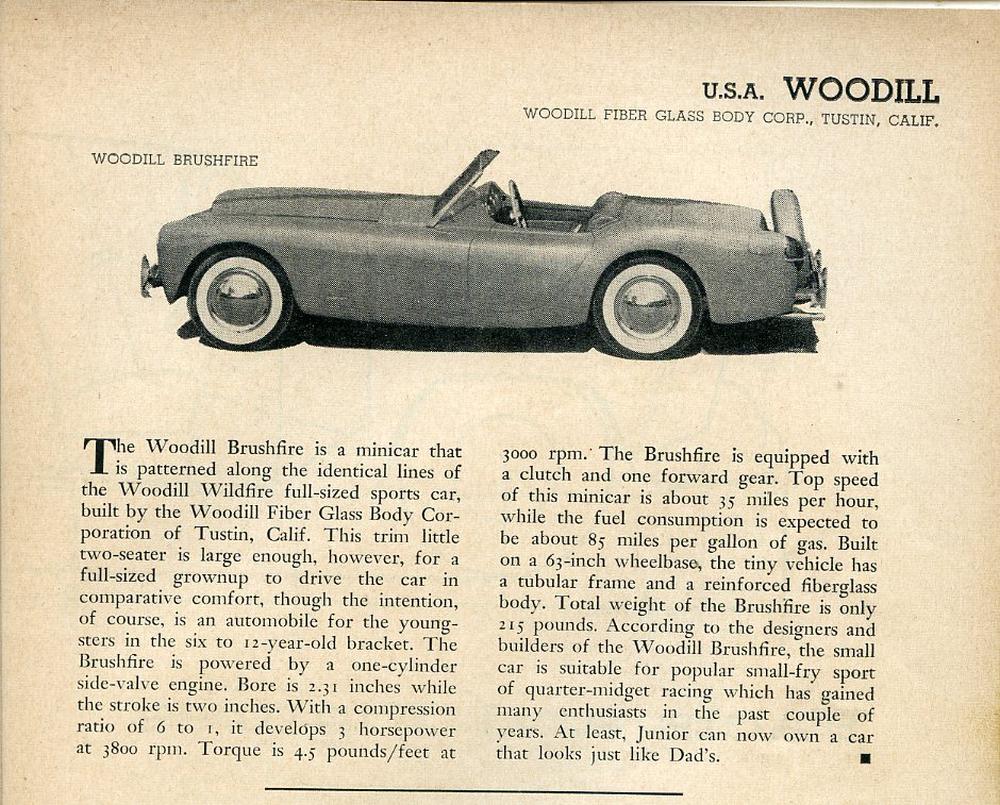 As I announced recently, through the generosity of Jim Potter’s son, Jim North, we have on loan much of Jim Potter’s photography concerning Woodill Wildfire.  Among the collection were two photos of a Wildfire and a Brushfire side by side as shown below.  Pretty cool fibergang!

And…some of you may notice that driving the Brushfire is none other than the young actor in 1956 – Robert Stack.  That Woody Woodill sure was the consummate promoter 🙂 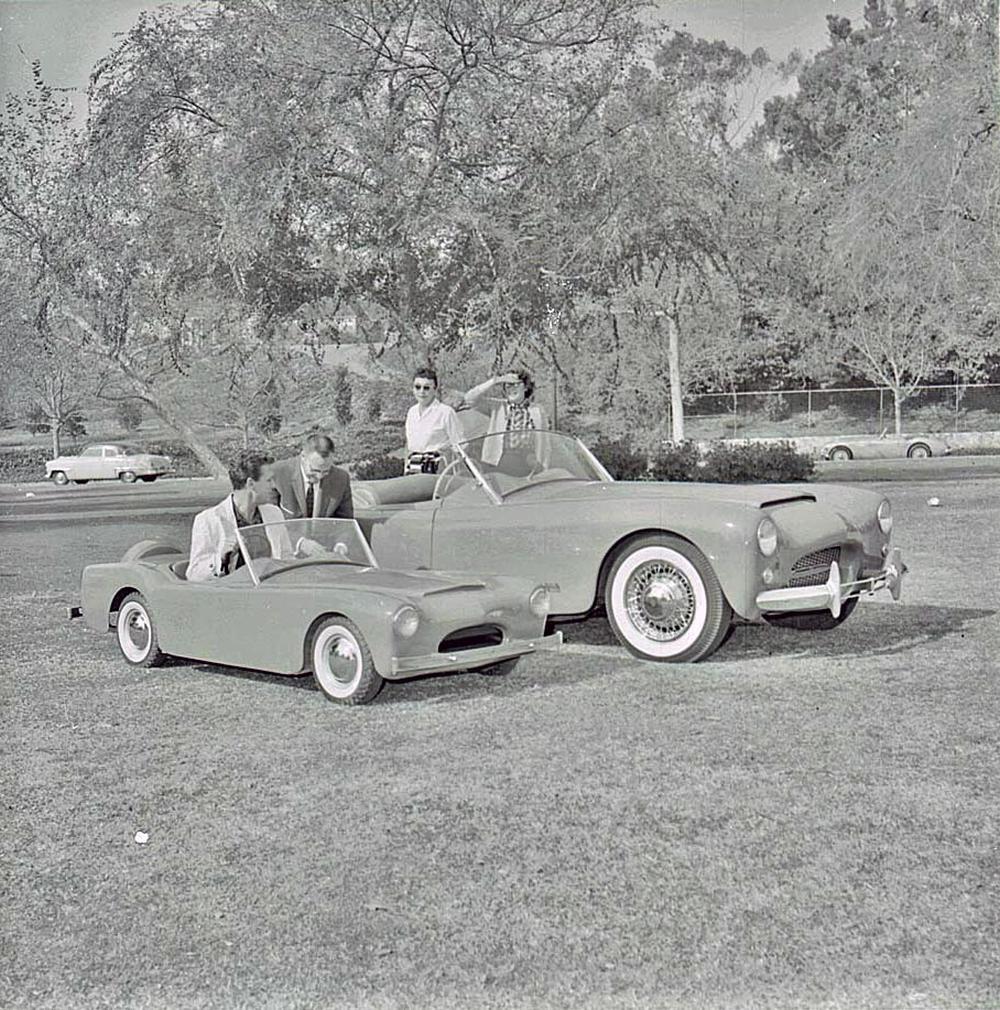 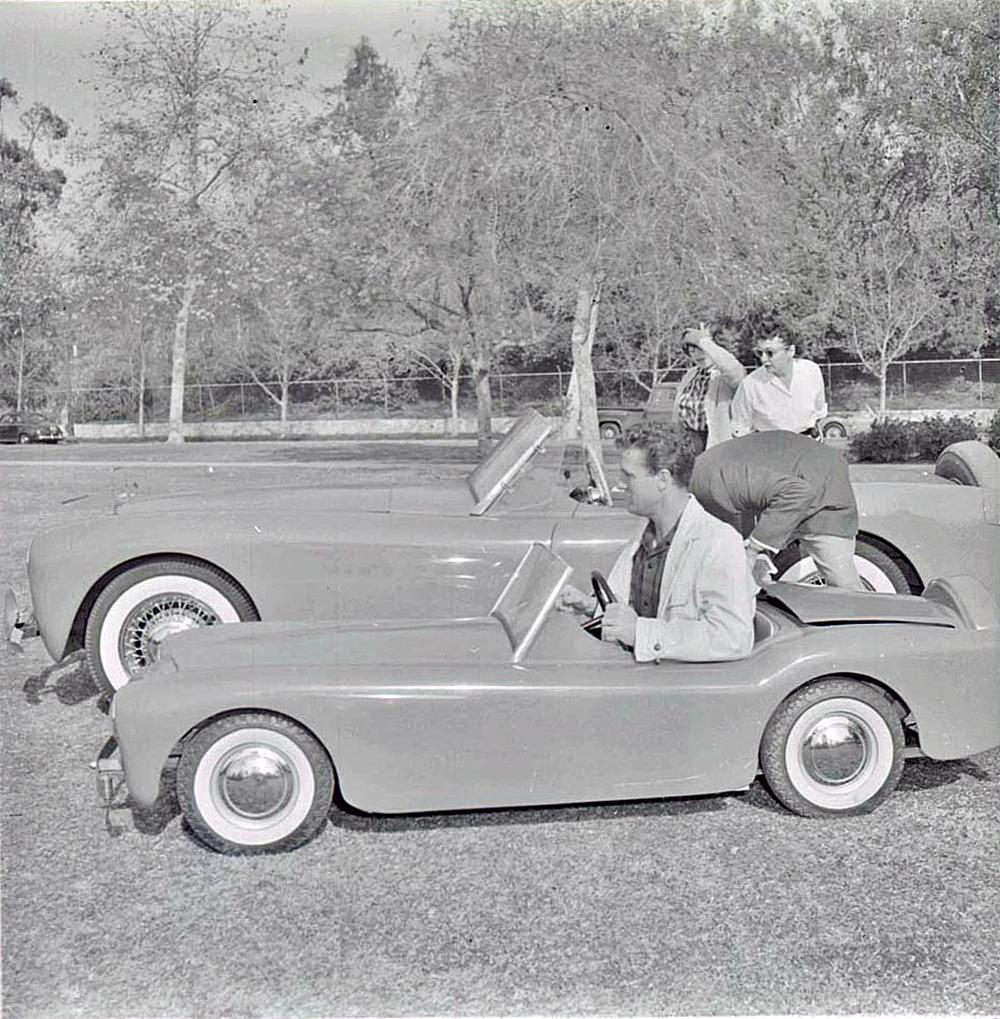 More About These Special Cars:

One of our fiber-gang, Lee Exline, is a wealth of knowledge concerning this class of cars, and maintains an excellent website dedicated to vintage promotional cars of the ’50s and ’60s.  You’ll be amazed at the history he’s collected and shared with those on the web, so be sure to plan for some time when you visit Lee’s website below:

Another good friend, Pat Amedolia, created several versions of these smaller production cars back in the 50s and 60s too.

In the near future we’ll share a bit more about this car – the Brushfire – as well as some color photography of it from the Jim Potter collection.  Much to share and fun to have so…