Ted Griffin and I have been looking for this car for nearly 40 years.  Ok….maybe 40 years for Ted, and less time for me.  Ted first saw this Woodill Wildfire in much better shape in the early 80s.  I’ve been hunting for it for about 15 years ever since Ted shared with me that a Woodill Wildfire should be lurking somewhere near Spring, Texas.  But l digress.

Ted’s interest started with Wildfires since he built his own around 1955 – a car that he still has and that he and his family are very proud of.  Check out the photos of it below – a wonderfully historic sport car that was restored perfectly and won an award at the 2015 Amelia Island Concours d’Elegance. 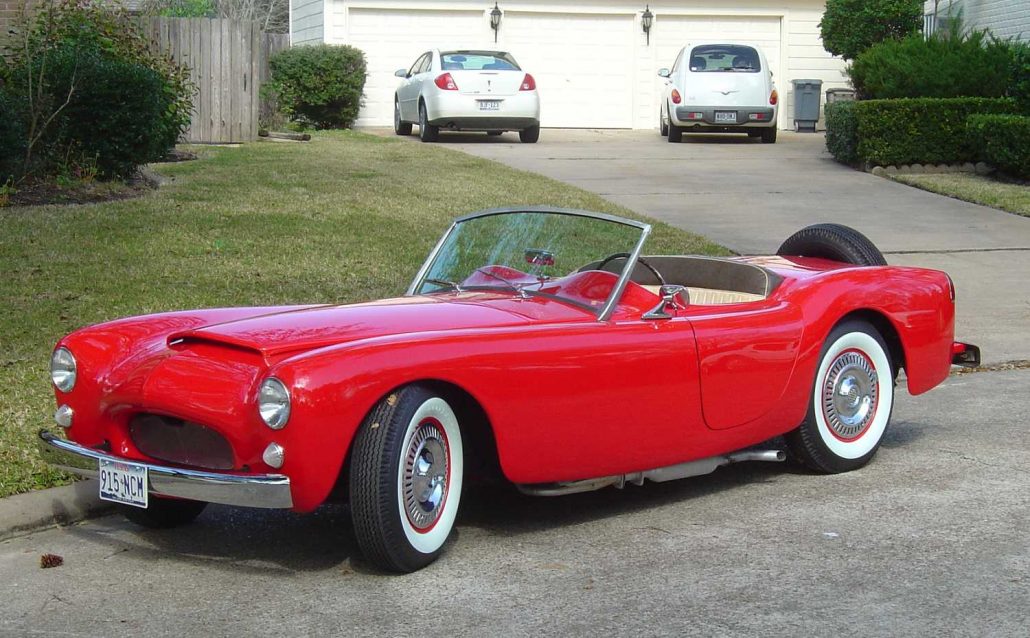 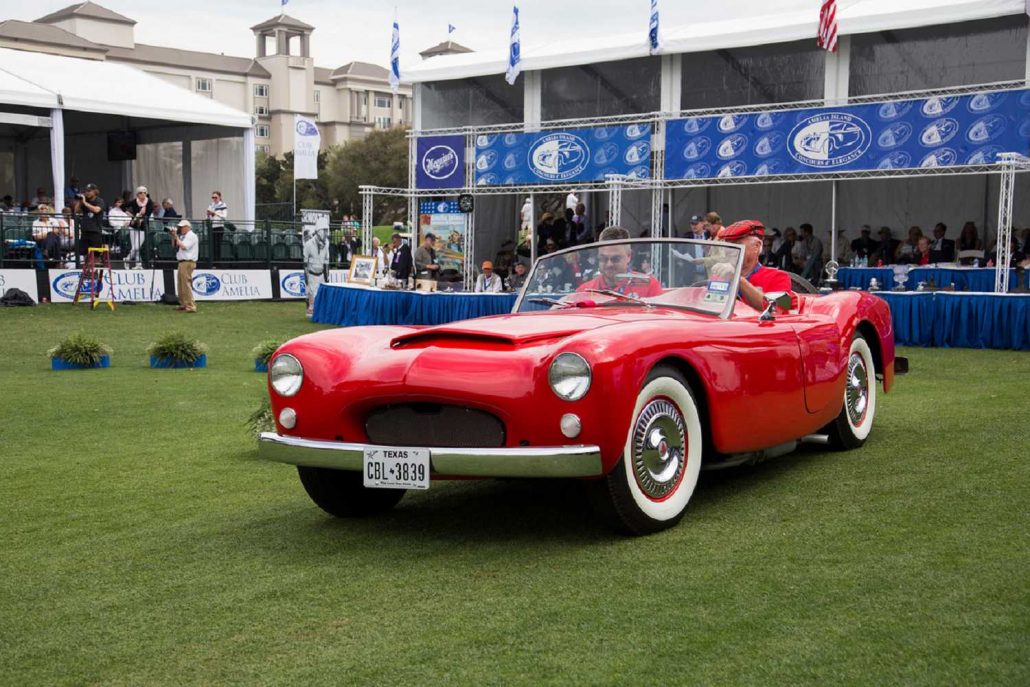 Over the years, Ted and I have looked for this car without luck.  I came close in bringing a car home from near Spring, Texas though.  But it was the 1949 Monte Carlo Packard show car – not the elusive Wildfire.

But just a few weeks ago I got a call from someone new who had discovered and bought a Wildfire and it was found near Spring, Texas.  Brian Meyer was the lucky individual who “landed” this car and he wanted to know more – what was it (others told him it might not be a Wildfire) who built it, when was it built, etc.  I hadn’t seen photos yet, but he advise me that they were forthcoming.

But I did share with him how we successfully research cars as follows.  Here’s a recent story. of how we identify cars based on the characteristics of the individual car.

And I reviewed some of the basic characteristics needed to be successful in this research such as:

And believe me you, research is not for the feint of heart.  It’s taken sometimes more than 10 years to identify a car – or find one that we’re looking for.  Much of the time it takes is about gathering information and relating it to the subjects of study.  But that’s something that I like to do more than anything else.  So let’s have a look at what Brian has found.

Photos of the Brian Meyer’s Wildfire 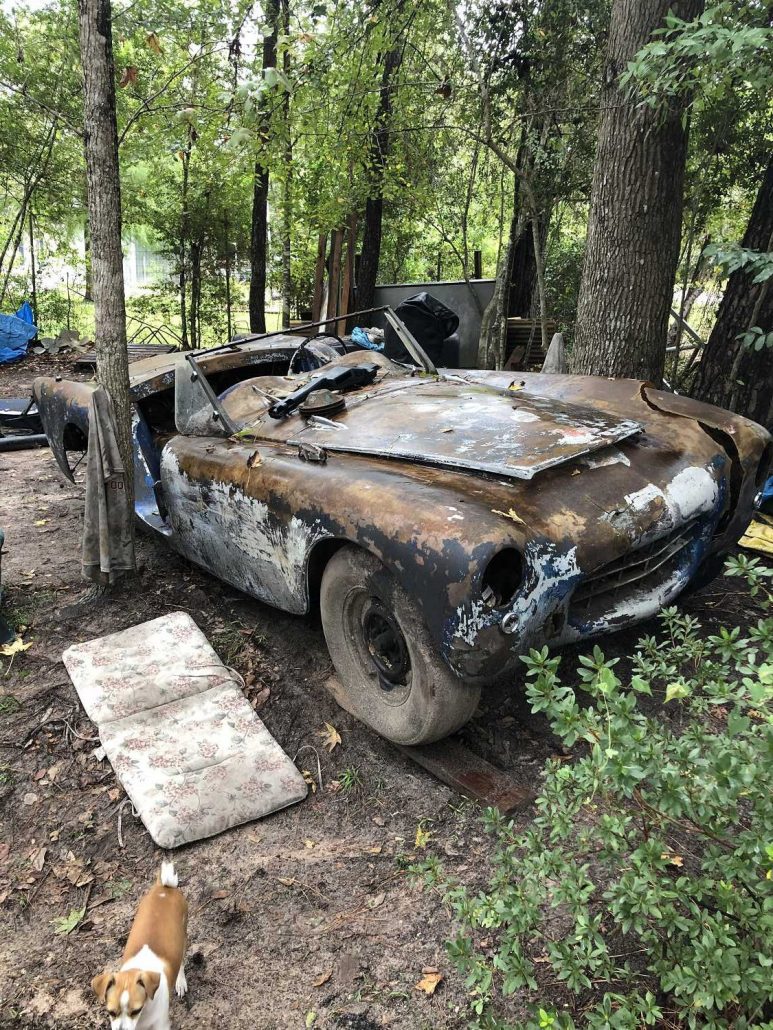 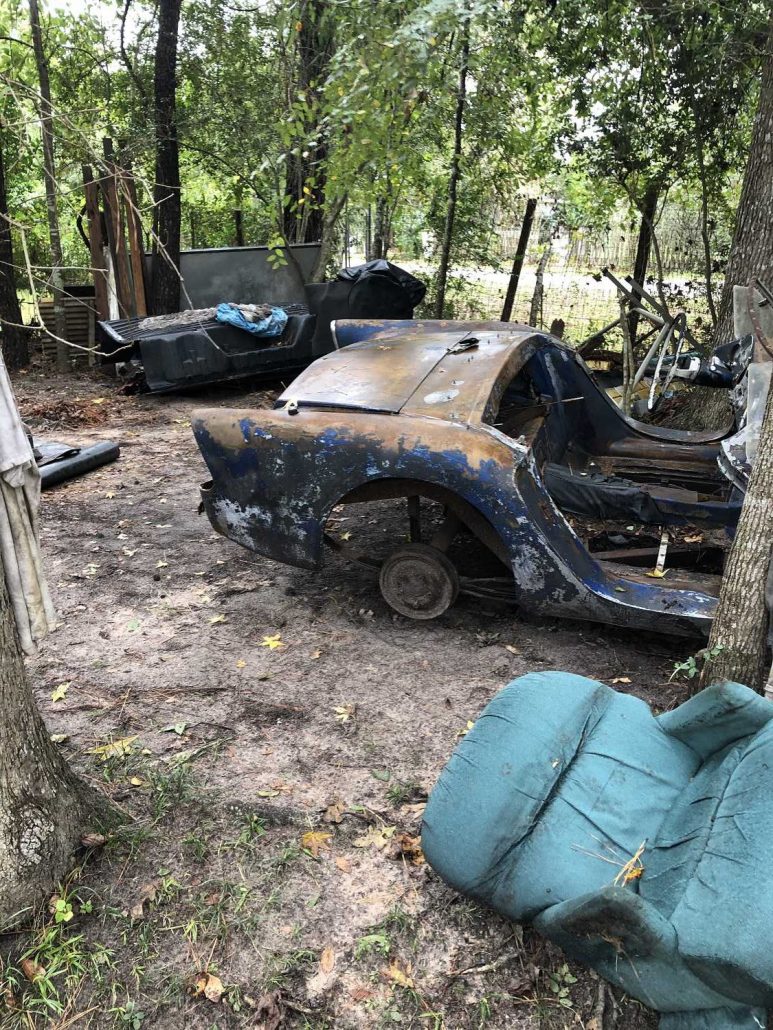 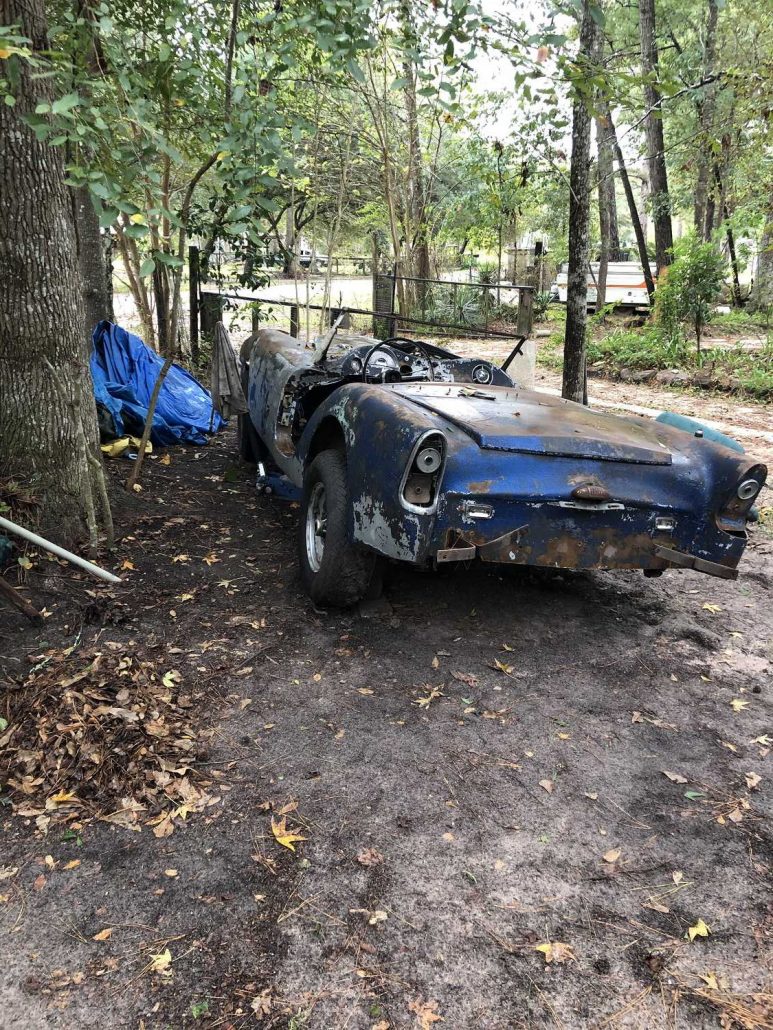 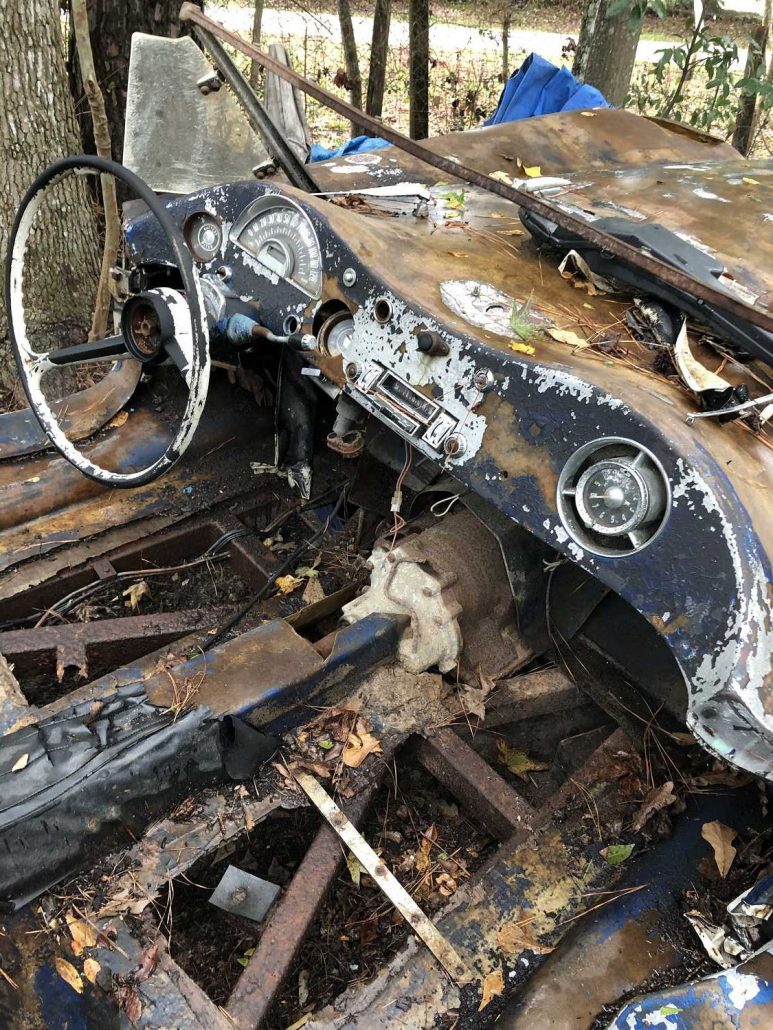 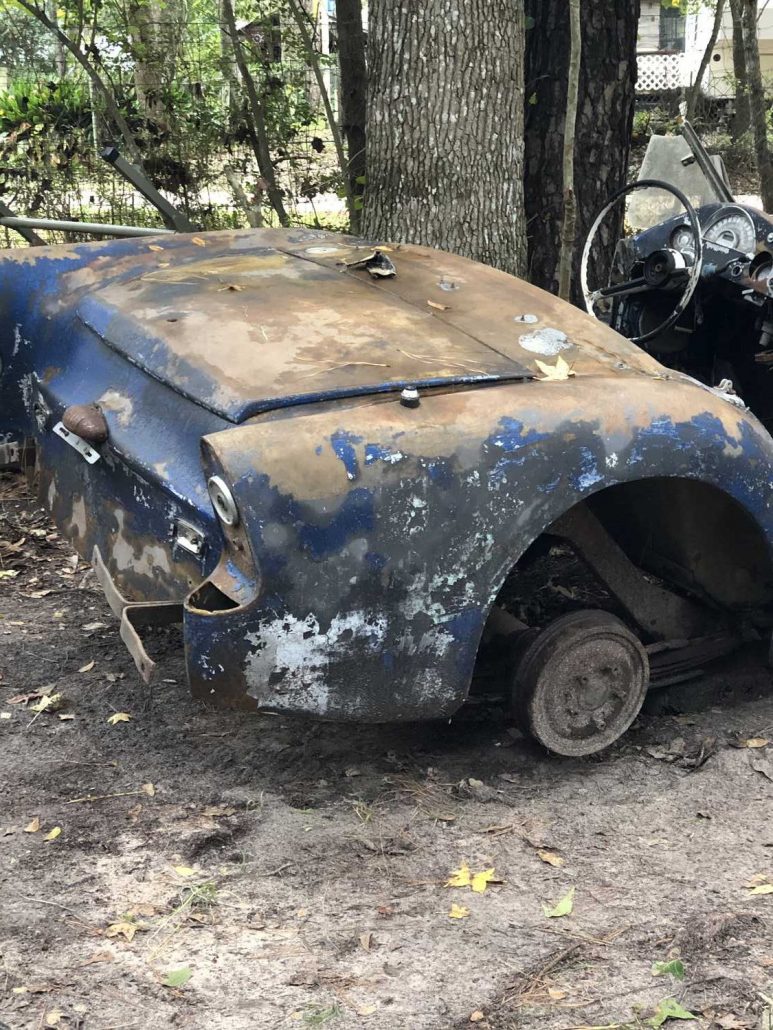 So it took some time to free the Wildfire from it’s home of decades, and when Brian got it home, he cleaned it up a bit and took it out for some photos which are shown below. 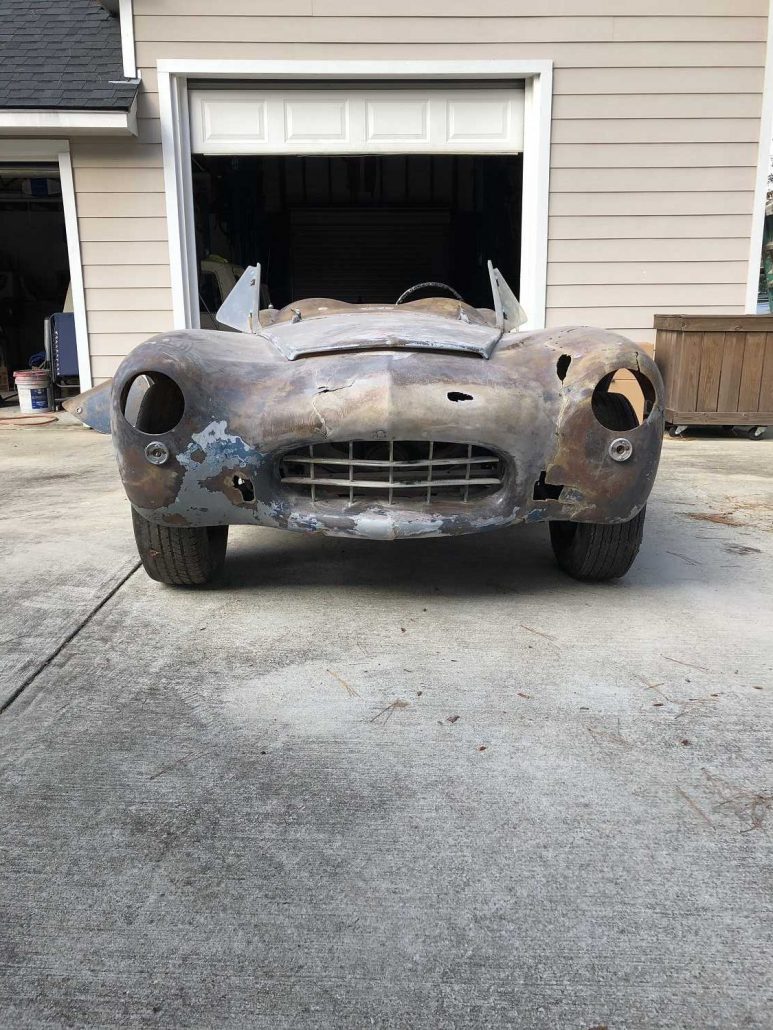 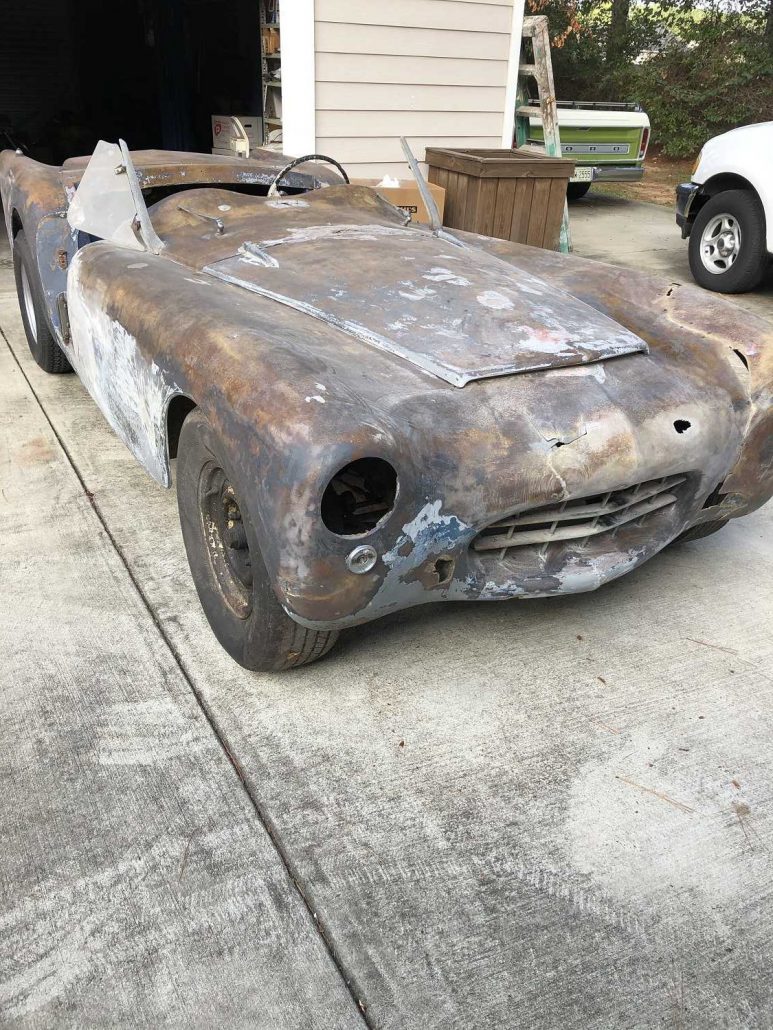 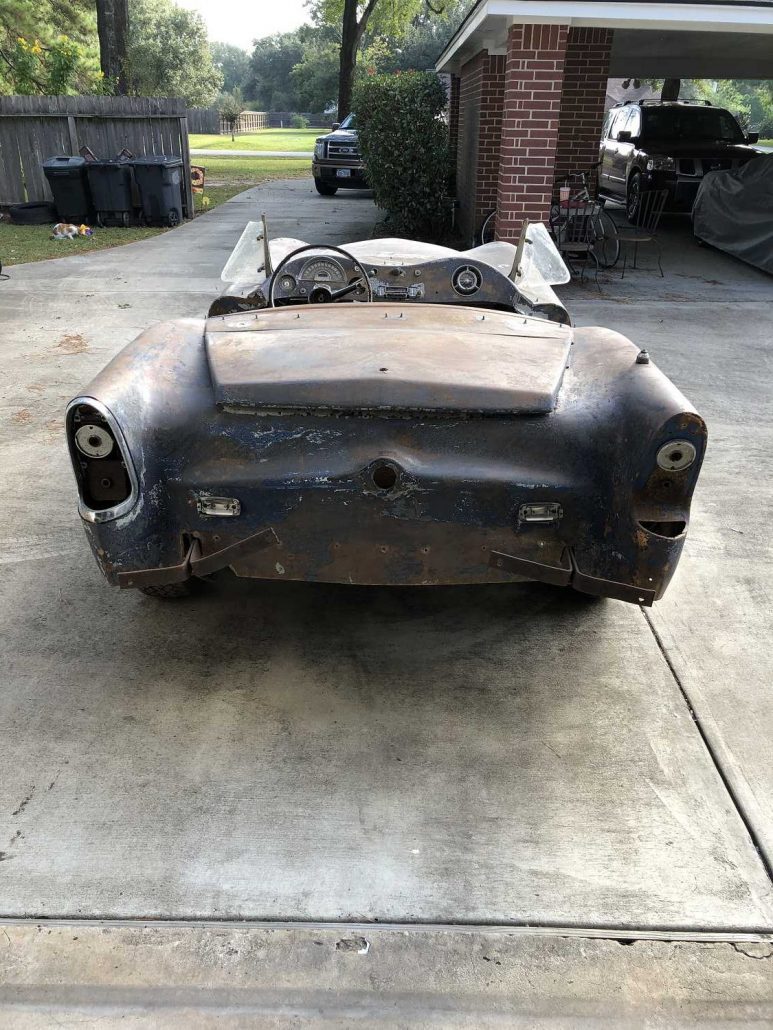 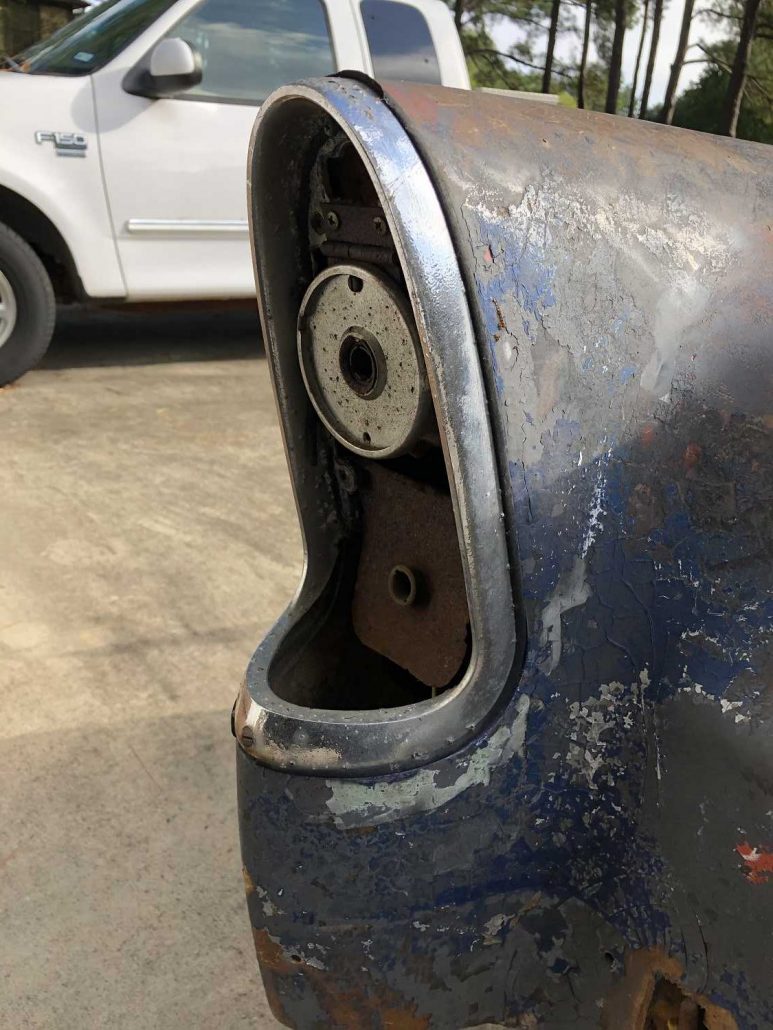 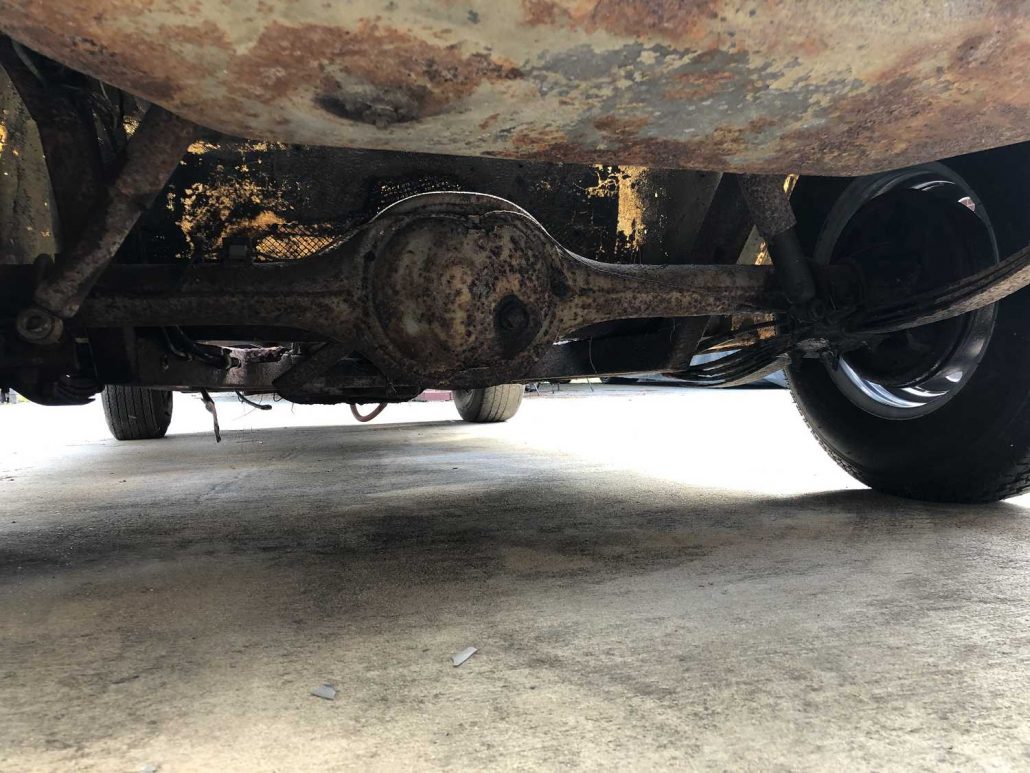 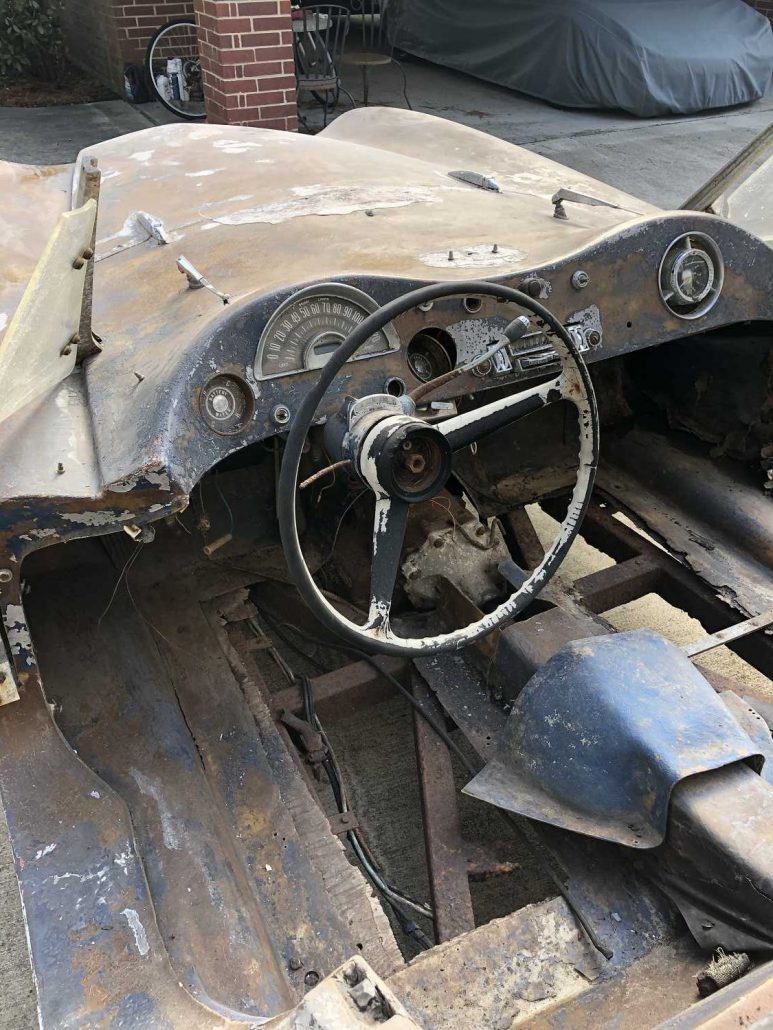 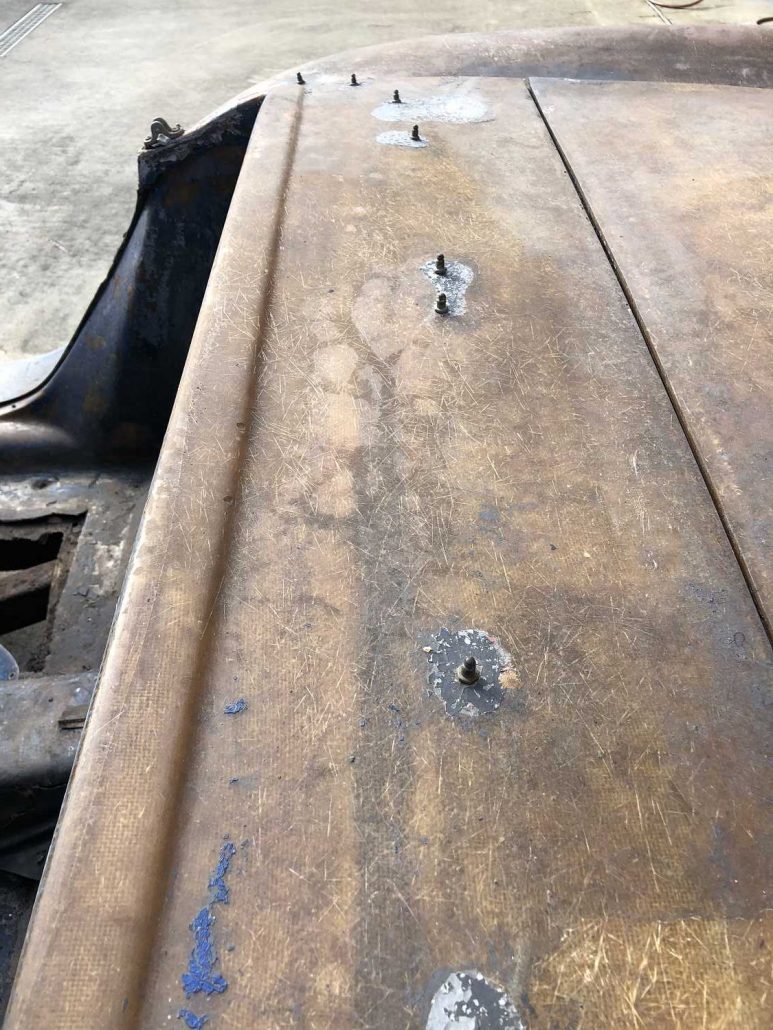 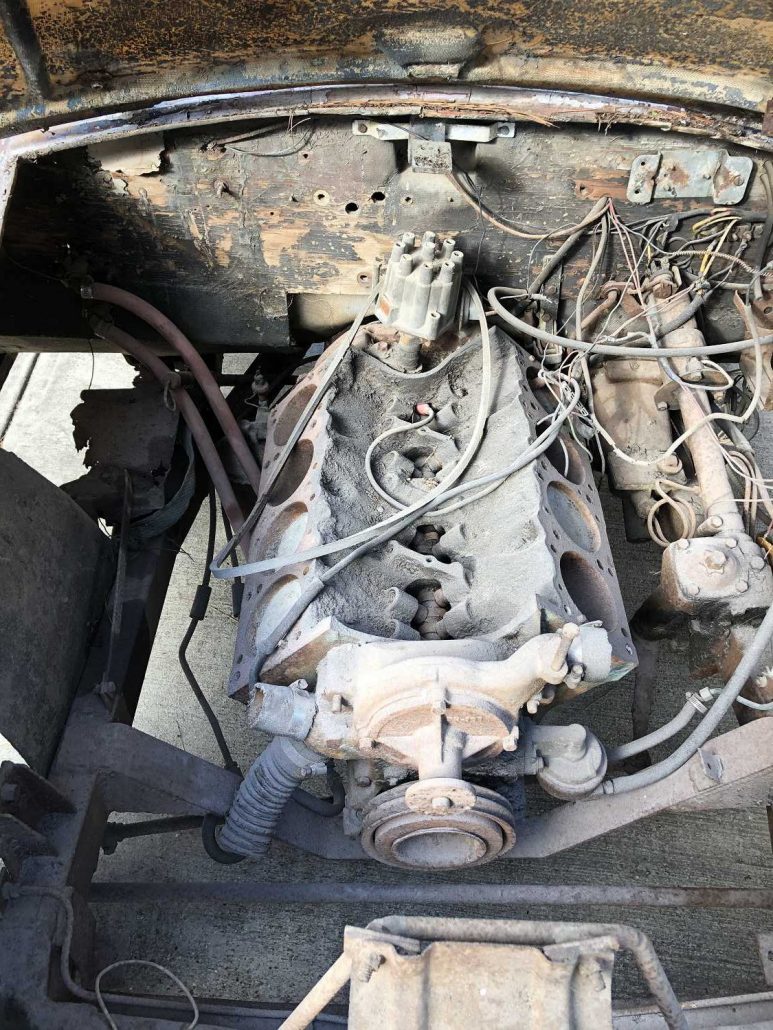 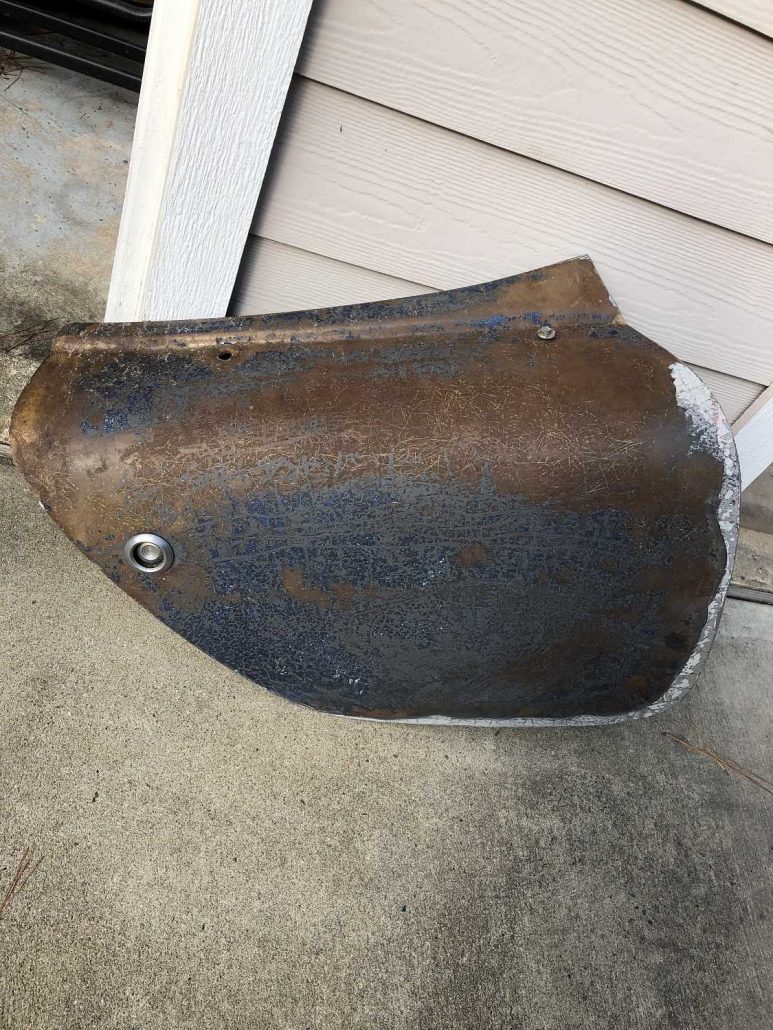 So….the car surely needs alot of work.  We’ve tackled far more difficult projects here at Undiscovered Classics, but it looks like Brian Meyer (newly minted member of Undiscovered Classics – how ’bout that Brian!) is up to the task with great experience in restoration projects.

But what did he find?  The Wildfire’s dashboard appeared original and nearly every dashboard was unique to every car built.  And what about those 1956 Chevrolet taillights.  There’s something familiar about those taillights….could it be the missing….

To learn the answer to that question, you’ll have to tune in to the next story on Brian Meyer’s Wildfire “find.”